Notice: Undefined index: s in /srv/www/wp-content/themes/hostsailor-child/header.php on line 122
 Linux DNS Server administration in 2022 - VPS Hosting | Domain Names | SSL Certificates | HostSailor 
Notice: Function WP_Scripts::localize was called incorrectly. The $l10n parameter must be an array. To pass arbitrary data to scripts, use the wp_add_inline_script() function instead. Please see Debugging in WordPress for more information. (This message was added in version 5.7.0.) in /srv/www/wp-includes/functions.php on line 5831

Deprecated: File class-oembed.php is deprecated since version 5.3.0! Use wp-includes/class-wp-oembed.php instead. in /srv/www/wp-includes/functions.php on line 5569
Skip to content
Hosting 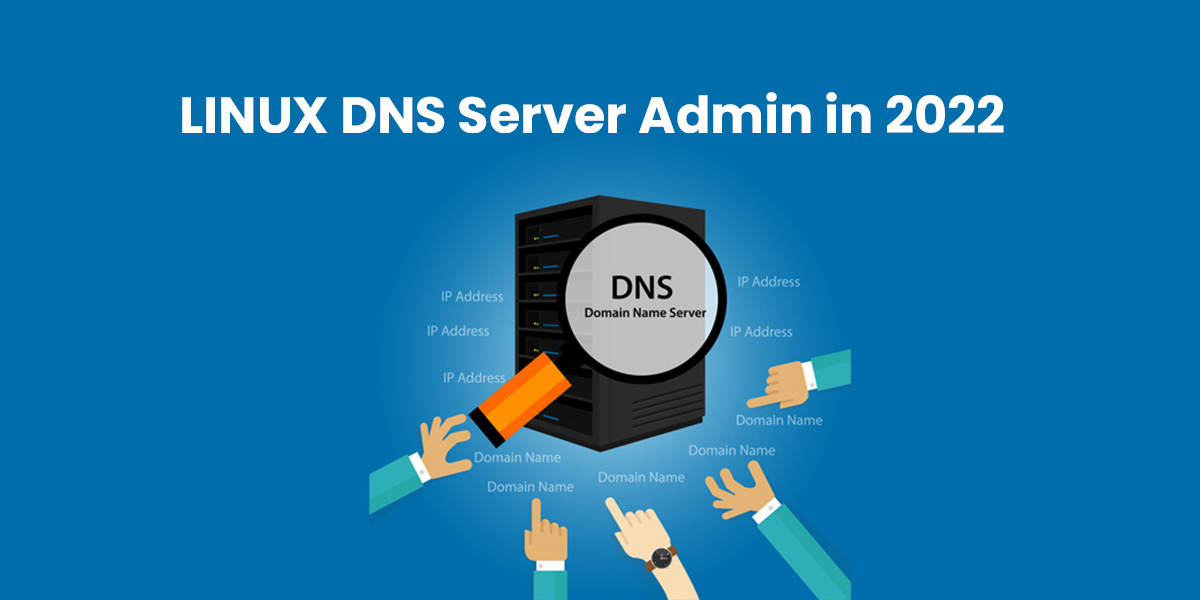 Everything connected to the Internet has a unique address, in exactly the same way as a postal address identifies a unique location.   In IPV4 it is four groups of three numbers –w.x.y.z, In IPV6 it’s a bit more complicated but fulfils the same function of identifying an entity.

Very simply put, a DNS server has a table that establishes a correspondence between “Domain Name” and “Its IP Address”, so the user doesn’t need to use or even know the IP address. When they type the domain name into the browser bar, the browser software asks the Linux DNS server for the IP address, and the networking software takes it from there, using the IP address.

The Linux DNS Server holds other information about the website, owner information for example, but that is in addition to the main purpose.

Linux DNS servers are organised in a tree structure.  At the top are the root servers. There are 13 root DNS servers in different locations worldwide, and they update each other periodically with additions. modifications and deletions to the authoritative DNS database.

Below are the domain servers, servicing top-level domains like” .com and .org.” This level also includes country names like” .ca, .uk, and some branded domains like .ibm.”

Next down are the sub-domains. As an example, Google has many sub-domains including mail.google.com.

A final point is using a Linux DNS server for a reverse DNS lookup. This is when an IP address is used to find its associated real name. This feature can be very useful in analysing network traffic by replacing IP addresses with more recognisable names. Find out more here.

What Does Linux DNS Server Mean?

It’s worth pointing out that both Linux and Windows have internal system files that perform the name to IP address resolution functions of a DNS server, usually called a “Hosts” file. They are queried before asking a DNS server.

There are three types of DNS servers:

How to fix a DNS Server? 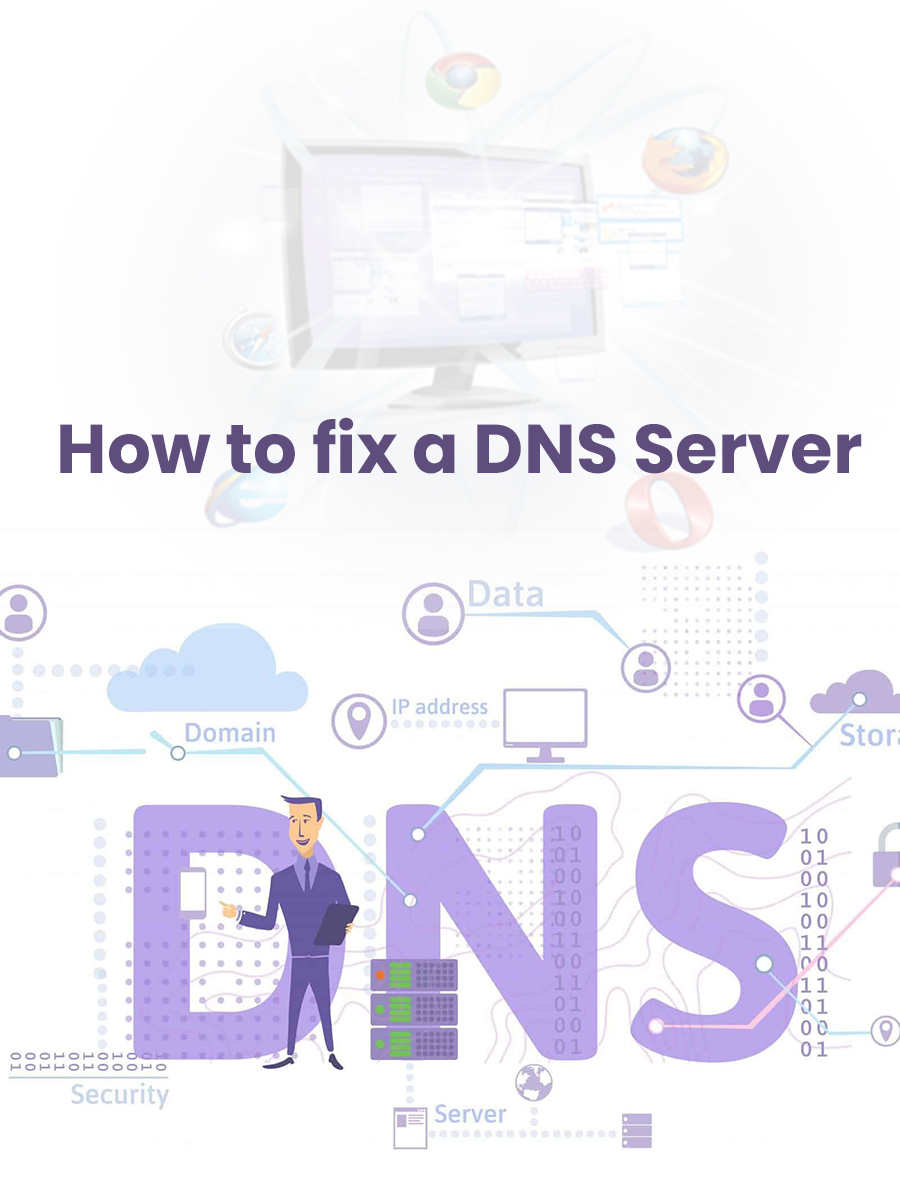 Another thing to check for is malware. Hackers sometimes try to alter DNS records to divert users from a legitimate site to a fraudulent one they have created.  They sometimes delete a DNS record to make a website inaccessible.

A common way to fix a DNS server is to take the primary DNS server offline and promote the secondary to Primary while the old Primary is being fixed.

When it became obvious that the world was about to run out of available IPv4 addresses, IPv6, which existed in concept was adopted as a replacement.

In essence, an IPv6 DNS server carries out exactly the same functions as does an IPv4 DNS server.

DNS in IPv6 is more important than in IPv4.  An IPv4 address is 12 digits, divided into 4 groups of three.  An IPv6 address is a 128-bit hex address.  If users had trouble remembering IPv4 addresses, they have no chance with IPv6.

Assuming that IPv6 is set up properly on the DNS server, adding IPv6 DNS records is quite easy. Add an IPv6 address as a DNS record for your hostname, by adding an AAAA (IPv6 address mapping) record. For example:example-host IN AAAA 27250:0:3abc:j4of:b32c::3.  (the address isn’t real, so don’t complain that it’s not valid).

Changing a DNS Server in Windows 10 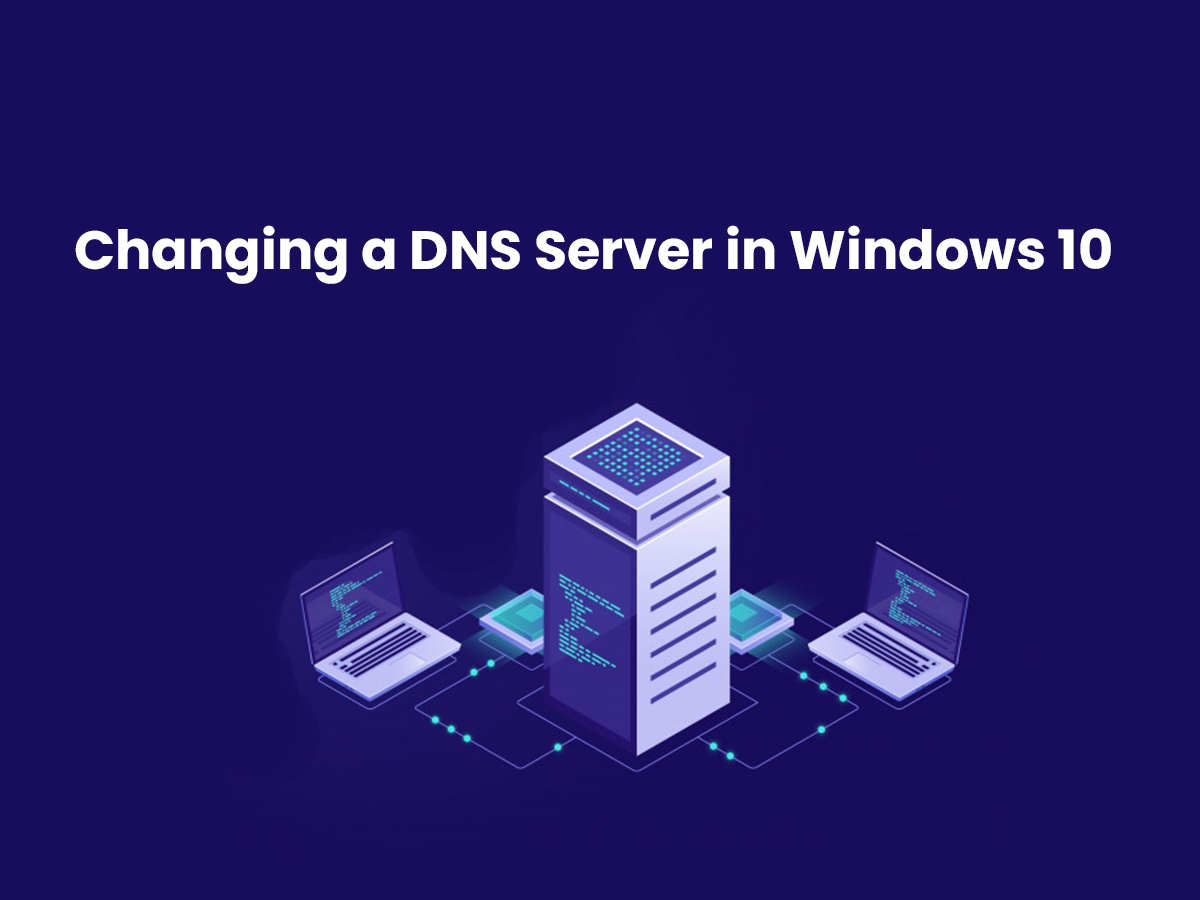 Windows 10 has two levels of DNS server specification. There is a global specification, usually automatically defined by the networking software itself as DHCP.  Other DNS servers can be specified for individual network connections, overriding the global settings.

To change an individual setting, go to the “Network and Internet Settings “ page, either via the ControlPanel or by right-clicking on the network icon in the systems tray.

When there, if you want to modify the current connection:

If you want to change the stings of another network adapter, it’s slightly more complicated:

Again, unavailability can arise for many reasons:

If you are sure it’s not your local machine, check your network connection. Perhaps change the DNS server from the default to another server as described above.

We provide a comprehensive DNS service, for both Windows and Linux. Please don’t hesitate to contact us if you have any queries or concerns.

Useful cPanel Features That You Need

Why Get A Secure Sockets Layer Certificate? - Infographic